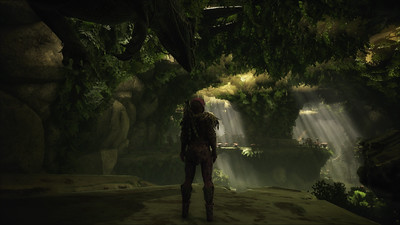 Ark: Survival Evolved is an open-world survival game filled with all sorts of prehistoric and fantasy creatures to fight, tame, and explore with. You can work with other people as a tribe or adventure solo, piecing together the story of the ARK.

It's a buggy, unoptimized mess and more brutal than most pet games, but with an addicting high-stakes Pokemon game loop that keeps you coming back. There's a sequel in development, but it's at least a couple years out, and there's thousands of hours of content between the base game and its DLCs.

If you're interested in Ark, I highly recommend NOT playing on the official servers, PVP or not, and instead playing singleplayer or setting up your own dedicated server; there's lots of guides out there for the latter, and Ark Server Manager makes the process much simpler. Thankfully, the game's settings are highly configurable, so you don't have grind at it like a second job like the defaults would have you do.

If you play on Steam you have access to tons of mods on the Steam Workshop that add new creatures, items and mechanics. I play modded (of course), though keep in mind that Ark takes forever to load before you start adding plugins to it.